Water damage can occur for lots of reasons, and when it does, the recovery period becomes expensive. Once the source of water that's damaged your home has been stopped, you need to start looking at water damage recovery. By following a few essential steps, cleaning up could become easier.

Start Drying Out Your Property

Drying out the affected area isn't an easy task. But by starting it immediately, you can reduce your risk of experiencing mould.

If you have a central heating system, turn up the heat and let it work its magic. Try gathering portable fans and dehumidifiers and use them in the rooms where the damage is present. If you don't have any fans, take a look at local DIY stores to see if they have any for rent. All attempts you make to dry the area out are worthwhile at this stage, so use whatever resources you have available.

If your flood occurs in an area where there's a carpet, rug or anything else that absorbs water, you may need to remove them and throw them away. If they're too damaged for you to continue using, allowing them to remain in the area means you're constantly exposing it to water, which results in more damage.

Sometimes it's difficult to tell whether an item is too damaged to remove. When that's the case, ask a team of professionals to take a look. Some cleaning companies use remediation techniques that can rescue textiles and help you continue using them.

Speak to Your Insurance Company

If it looks as though recovering from the damage will cost a lot of money, it's time to speak with your insurance company. The sooner you initiate a claim, the easier it is for you to recover the costs associated with repairing the damage.

Your insurance company may require professional reports before they make any payouts. Again, the sooner you pursue such reports, the easier it is for you to get your money back.

One of the biggest long-term effects of water damage is mould. It's difficult to know whether you've managed to dry everything out and if you fail to do so, mould will soon set in.

Using a mould remediation service, you can identify hidden areas that are damp and address them before they become a problem. The sooner you use one, the easier it is for you to prevent mould from becoming an issue. Speak with someone who provides water damage restoration to learn more. 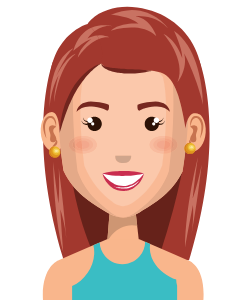 Dealing with a messy home can be really stressful. Thankfully, if you deploy some of the cleaning techniques outlined in this blog, you will be able to get your house in order. We will be looking at how to cut through grease in your kitchen, how to remove tough stains from your carpet, and how to beat dust which builds up in your home. We aren't professional cleaning contractors, but we have spent many hours cleaning our homes and researching the best ways to perform different tasks. Hopefully, this blog will prove super useful to you. Thanks for stopping by.